ADD A BUSINESS
October 2018
Subscribe to this RSS feed 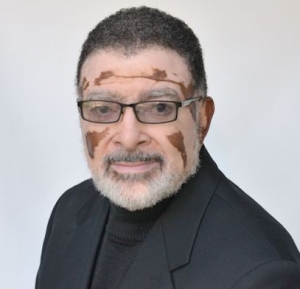 Bipartisanship is Dead!
It is a relic from the days of the
"White Old Boys Club."
Yesterday we flipped the script.

In the days when the Congress was only white men, they spoke about the collegiality and honor of their fellow politicians. They allowed earmarks for pork barrel projects back home. They called it bipartisanship because they respected each other's sphere of power. The Democrats and Republicans stayed in their respective lanes but agreed not to have any life-threatening battles.

Those days are over. Now a conservative is a different breed of cat than a liberal or progressive. There are now 100 women in Congress -- white women, brown and Black women, Muslim women, Latina women. The Congressional Black Caucus has 47 members whose constituents have little in common with the Tea Party. We have entered an era of hard-nosed negotiations and coalition building to counter a President who has no moral or ethical center. And no one is better able to lead that fight than Nancy Pelosi.

For those who voted in this election to curb the excesses of this President and the Republican Congress, thank you for taking the first step in what promises to be a bloody war for the Presidency in 2020. If you heard or saw any of the gloating from the President who declared victory while losing control of the House of Representatives, you know that he has thrown down the gauntlet -- chastising those who refused his support, and then swiftly firing Jeff Sessions. We are in a fight for the soul of our nation.

I urge everyone who voted to redouble your commitment and reach out to someone who is not registered, or did not vote, and let them know how important it is to show up -- and stay in the fight for the next 2 years. When we combine our self-interests with others who agree with issues we care deeply about we can do better than come close to electing candidates like Stacey Abrams and Andrew Gillum. WE CAN WIN!

I agree with Barack Obama, “The more Americans who vote, the more our elected leaders look like America.”

When we show up our elected officials will look more like us. Let's start now to prepare for Election 2020, and finish the job of ridding our nation of this would-be tyrant and his enablers.