11 Dec We Can’t Afford To Wait, We Need To Organize And Strategize Against Team Trump Now Featured 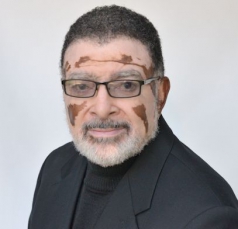 The strategy we need begins with identifying where our political strength lies -- such as it is. There is only one game in town, Dems vs. Reps. Any flirtation with 3rd parties is a waste of energy. Might make you feel good for a minute, but ineffective in achieving real results. We have made some gains over the past 50 years. We are in danger of a major setback.

The Republicans have made a broad-based attack on those gains during the Obama years while we were waiting for Santa Claus, Super Man, a Savior, or Super N----r. Whatever the case, most of us are simply waiting for a handout, asking questions like, "What did Obama do for me?" Or, "What has the Democratic Party done for me?"

Well, the answer has been coming since the day after President Obama was inaugurated in 2008, with a Republican assault on government leadership. The election of Donald Trump has unleashed the most radical elements on the political right. While we were waiting for a handout, they were taking over as many state legislatures and Governor's chairs as possible.

40 Black Mayors of cities with more than 50,000 population

Any strategy we embark upon needs to attack the realities above. First we need to protect our gains, and then craft a strategy to pick off the opposition where we can. We have to remember that all politics is local. So look to the lowest level of strategy that you can influence, combine forces and work our way up. The real fight begins on January 21, 2017.

We have to fight for a seat at the table with those who helped to bring us here -- the Democratic Party. Then we need to gain as much control of the decisions as we can. We have to be relentless and unceasing. Anyone who says that the Democratic party hasn't done anything for us, or taken our votes for granted is lazy and un-involved. That's what happens when you GIVE AWAY YOUR VOTE. We have to GO TO BATTLE WITH OUR VOTES -- and stop complaining when others don't fight our battles for us.