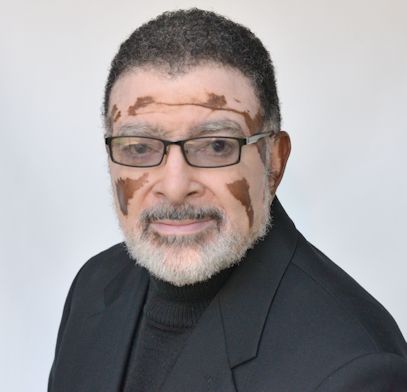 What is the meaning of Black History Month to me?
This question arises every February -- not only for African Americans, but as a challenge from others who want to know why we celebrate this month. Some ask, "Why not a White History Month, or other ethnic history month?" They say that there is no need to single out this month to focus on African Americans. They have been joined by some African Americans, including Morgan Freeman, who proclaim, "Black History is American History. Twenty-eight days are not enough. We should celebrate Black History all 365 days."
Freedom and Education
For me the celebration of Black History month centers around the struggle for freedom and education. These two themes are critical to the success of advancing in this society. This is best captured in the thoughts and ideas of Frederick Douglass and Carter G. Woodson, and is reflected in the excerpts below from two important works of these men. 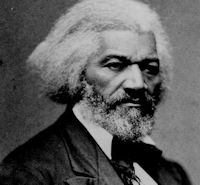 Frederick Douglass -- If There is No Struggle, There is No Progress (1857)
"The general sentiment of mankind is that a man who will not fight for himself, when he has the means of doing so, is not worth being fought for by others, and this sentiment is just. For a man who does not value freedom for himself will never value it for others, or put himself to any inconvenience to gain it for others. Such a man, the world says, may lie down until he has sense enough to stand up. It is useless and cruel to put a man on his legs, if the next moment his head is to be brought against a curbstone...
Let me give you a word of the philosophy of reform. The whole history of the progress of human liberty shows that all concessions yet made to her august claims have been born of earnest struggle. The conflict has been exciting, agitating, all-absorbing, and for the time being, putting all other tumults to silence. It must do this or it does nothing. If there is no struggle there is no progress. Those who profess to favor freedom and yet deprecate agitation are men who want crops without plowing up the ground; they want rain without thunder and lightning. They want the ocean without the awful roar of its many waters.
This struggle may be a moral one, or it may be a physical one, and it may be both moral and physical, but it must be a struggle. Power concedes nothing without a demand. It never did and it never will. Find out just what any people will quietly submit to and you have found out the exact measure of injustice and wrong which will be imposed upon them, and these will continue till they are resisted with either words or blows, or with both. The limits of tyrants are prescribed by the endurance of those whom they oppress. In the light of these ideas, Negroes will be hunted at the North and held and flogged at the South so long as they submit to those devilish outrages and make no resistance, either moral or physical. Men may not get all they pay for in this world, but they must certainly pay for all they get. If we ever get free from the oppression and wrongs heaped upon us, we must pay for their removal. We must do this by labor, by suffering, by sacrifice, and if needs be, by our lives and the lives of others." 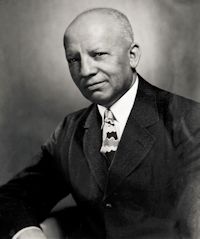 Carter G. Woodson -- The Mis-Education of the Negro (1933)
"No systematic effort toward change has been possible, for, taught the same economics, history, philosophy, literature and religion which have established the present code of morals, the Negro's mind has been brought under the control of his oppressor. The problem of holding the Negro down, therefore, is easily solved. When you control a man's thinking you do not have to worry about his actions. You do not have to tell him not to stand here or go yonder. He will find his "proper place" and will stay in it. You do not need to send him to the back door. He will go without being told. In fact, if there is no back door, he will cut one for his special benefit. His education makes it necessary.
The same educational process which inspires and stimulates the oppressor with the thought that he is everything and has accomplished everything worth while, depresses and crushes at the same time the spark of genius in the Negro by making him feel that his race does not amount to much and never will measure up to the standards of other peoples. The Negro thus educated is a hopeless liability of the race...
Facing this undesirable result, the highly educated Negro often grows sour.  He becomes too pessimistic to be a constructive force and usually develops into a chronic fault-finder or a complainant at the bar of public opinion. Often when he sees that the fault lies at the door of the white oppressor whom he is afraid to attack, he turns upon the pioneering Negro who is at work doing the best he can to extricate himself from an uncomfortable predicament...
Only by careful study of the Negro himself and the life which he is forced to lead can we arrive at the proper procedure in this crisis.  The mere imparting of information is not education. Above all things, the effort (to educate the Negro) must result in making a man think and do for himself just as the Jews have done in spite of universal persecution."
Although we have made significant progress, the challenge for African Americans today is still one of freedom and education.  Too many of us are still trapped in the oppression of poverty that results in life without the freedom and opportunity to benefit from all that this nation offers.  Additionally, many African Americans live in communities with the poorest schools and education outcomes, which limit the prospects for upward mobility. Nevertheless, we have a deep reservoir of talent to reach into, and a history of overcoming the odds against us. Just as Carter G. Woodson dedicated his life to illuminating the lives of our forefathers, we must also continue the struggle on all fronts as Frederick Douglass exhorted us to do.
The struggle continues,
Roger Madison, CEO
iZania, LLC
About.me
BLOG COMMENTS POWERED BY DISQUS

Nefertem Naturals
Our primary goal is to educate ourselves and others about how to use ALL...