The day we all thought we’d never see became a reality this week as the nation took a major step toward racial reconciliation by entrusting the country’s government to a black man. President-elect Barack Obama, soon to be President Barack Obama - doesn’t that have a fantastic ring to it - a man who John McCain once called “that one” is now the one who has been charged with leading the nation, over the next four years, and out of a host of global and domestic quandaries.

This election has been one of those experiences that history may define as "once in a lifetime." It is not often that we get to utter those words. How does an event or occurrence meet this definition? Like the occurrence of a perfect storm, events come together in an historic time, place and importance -- and we are fortunate to be there at a moment in history that others will remember and reflect on for a long time to come. One of the observations that have been made by many voters in this election has been, "I didn't expect to see this in my lifetime."

As the economy worsens and Election Day approaches, a conservative campaign that blames the global financial crisis on a government push to make housing more affordable to lower-class Americans has taken off on talk radio and e-mail...  Commentators say that's what triggered the stock market meltdown and the freeze on credit. 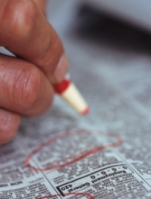 Just as the edifices of finance capital began to slip into the abyss, a report shows that the Black American economy went into reverse eight years ago.  The study by the Economic Policy Institute is titled "Reversal of Fortune," and tracks the roller coaster ride from the late Nineties, when Blacks registered real progress in employment, housing and reduction of poverty, to the steady slide backwards that began around the year 2001.

By all nearly all accounts (except for the fervent Republican ideologues), the American economy is on the verge of collapse. Both Congress and Wall Street are moving very quickly to shift the burdens of greed and decadence from the insolvent banks to the backs of the taxpayers through a $700 million bailout.

We, on the Left side of the aisle, can build upon this sentiment if we reject symbolic politics of anger, and, if we are prepared to actually build progressive, grassroots electoral organizations that ally with other social movements. With regard to the symbolic politics of anger, frankly, we should have had enough of 3rd party candidacies that express our outrage with the two mainstream parties. Of course we are outraged, but our outrage, whether through third party candidacies or even many of our street demonstrations, is simply not enough. If we are really angry, then this must translate into a strategy based on the actual conditions we face in the USA.

The interesting paradox of Senator Obama's historic nomination and Dr. King's speech is that while Democratic candidate Obama is the beneficiary and living evidence of the realization of the "dream," President Obama will have to address the current realities of systemic racism and personal prejudice that have resulted in continued disparity between African- Americans and Euro-Americans in much the same way as they did in 1963.

Layne Corban
At Layne Corban, the focus is to make it possible for each bride to...