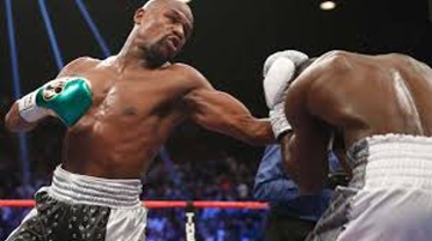 Black people are not to blame when Democrats lose. However, we can make a big difference when we punch above our weight (in boxing terms). Yes, the party receives 90%+ of the Black votes cast. But, our participation rate is lower than our white counterparts. Only during the Obama Presidential elections did Black voters outperform white voters when 61% of eligible Black voters participated in 2012. Our participation rate fell below 50% in the 2010 and 2014 midterms when Obama lost majorities in the House and Senate respectively.

There is no disputing that we are fighting from a position of disadvantage. Racism and white privilege is real. As a people, we have always known that we must perform at a higher level to overcome that disadvantage. Until we consistently perform at a higher level, we will be disappointed with the results. We don't have money, but we have numbers in many key geographies in our country. The struggle is real, and we won't overcome until we meet the challenge with the level of effort that exceeds the opposition.

I saw a study recently that registered Black voters comprise 25% of Democratic Primary voters, and that means our vote is significant enough to choose the next candidate - if we show up. Only about 65% of the electorate are registered with both parties. We are already punching above our weight with our registrations in the Democratic Party. We just have to show up.

In order to overcome those who oppose our progress, we have to make an "all-in commitment" to show up in greater numbers than the opposition consistently. I know that Only 50%+ of eligible American voters typically vote. We only voted in greater numbers than white voters in The two Obama Presidential elections (near 60%). Then our numbers fell below 50% in the midterms when we lost the House. I believe that if our participation exceeded others consistently, our votes would not be taken for granted. Our political priorities would receive greater consideration.